Dubai Arena has officially been named the Coca-Cola Arena 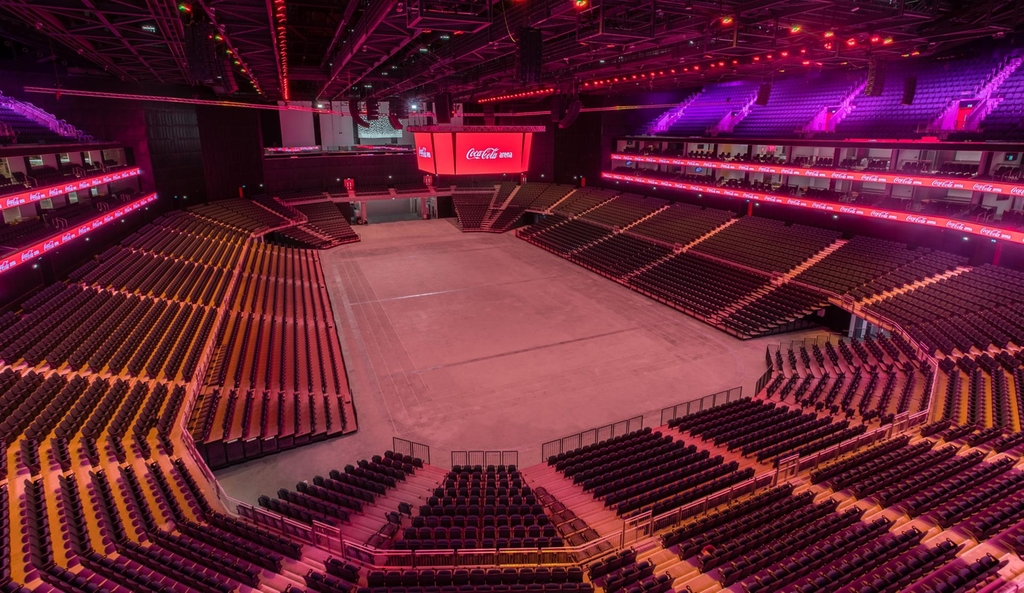 Dubai Arena has officially been named the Coca-Cola Arena, after developer Meraas signed a 10-year deal with the The Coca-Cola Company.

The agreement with the US company includes exclusive naming rights for what is set to be Dubai’s first and largest indoor, multipurpose arena, which is scheduled to open in June this year.

“We are proud to have a company of such worldwide renown as Coca-Cola taking on the naming rights for the arena in the long-term," said Abdulla Al Habbai, Meraas Group chairman.

“This agreement with The Coca-Cola Company is also a clear demonstration that Meraas’ continued efforts to transform the urban landscape of Dubai and move with the emirate into the future as a modern, creative, culturally and economically diverse place to live, work and play are coming to fruition.”

"The Cola-Cola Arena will build on Dubai’s thriving entertainment industry, positively contributing to the city’s ambitions to become a world-leading metropolis. The arena will create another landmark in the city, attracting visitors from across the world."

The 17,000-seat air-conditioned arena in City Walk will be the largest indoor arena of its kind in the Middle East. It will host a variety of live concerts and sporting events all year round when it opens its doors to the public this summer.

"We are proud to partner with Meraas and Coca-Cola as we launch the UAE’s first world-class, multipurpose indoor arena. We look forward to working together closely over the next 10 years," said Guy Ngata, AEG Ogden’s chief executive of Coca-Cola Arena.

“This naming rights agreement is hugely beneficial for Dubai and Coca-Cola, which are both internationally recognised brands in their own rights. We are excited to grow our partnership over the next decade and further establish Dubai as a major destination for world music tours, sporting competitions, family shows and corporate events."